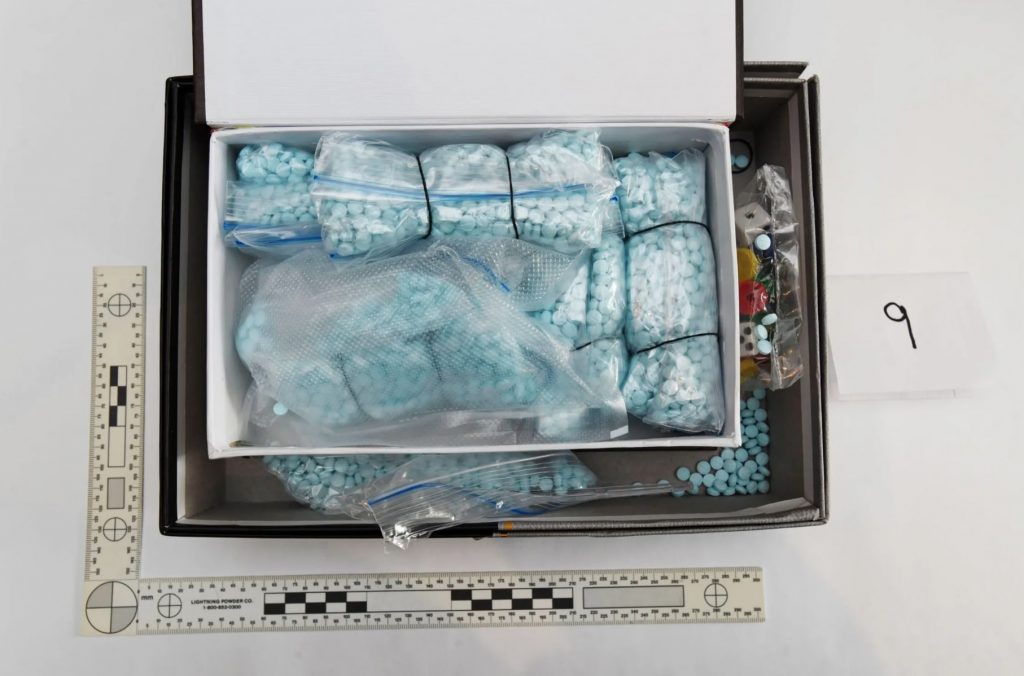 WHEN GERMAN POLICE took down the dark web marketplace DarkMarket in January, they did more than shutter the largest underground online drug bazaar operating at that time. They also nabbed more than 20 servers in Moldova and Ukraine, infrastructure that contained a host of information about the site’s buyers and sellers. Today, a joint operation of the US Justice Department, Europol, and a host of other agencies revealed the payoff: 150 arrests spread across eight countries; over 230 kilograms of drugs and $31.6 million in cash and cryptocurrency seized, and an apparent shift in law enforcement strategy that puts more focus on dark web vendors than the sites themselves.

Operation Dark HunTor isn’t the first international bust of its kind. (The name is a pun on Tor, the anonymity browser that enables dark web access.) Last year’s Operation DisrupTor netted a similar number of arrests and double the drug seizures. DarkMarket is also not the only dark web marketplace to have its servers seized. In 2018, Dutch police actually ran Hansa themselves for nearly a month. But something about this recent roundup feels a little different.

“It seems that the police are now using data recovered from seized marketplaces to try to go after what I presume are large vendors, as opposed to taking down a bunch of markets at the same time,” says Nicolas Christin, a computer scientist at Carnegie Mellon University who follows the dark web closely. “It is a bit of a shift in tactics.”

That shift resulted in the arrest of some seemingly significant players in the dark web drug trade. Prosecutors allege that Hyun Ji Martin and her associates mailed 1,600 packages throughout the US under fictional names. Jonathan Patrick Turrentine allegedly rang up nearly 1,000 positive reviews on Empire, one of several marketplaces through which he sold an assortment of drugs, as well as compromised emails and passwords. Albie Pagan, court documents say, had gross proceeds of over $1 million on Wall Street Market alone. And that’s just from three of the 65 US-based arrests. The remainder of the alleged dark web denizens were spread across Australia, Bulgaria, France, Germany, Italy, the Netherlands, Switzerland, and the UK.

“Operation Dark HunTor was launched with one clear goal: to hunt down the vendors, buyers, and suppliers who had been hiding on that site and make sure they did not find a new platform,” deputy attorney general Lisa Monaco said at a press conference Tuesday.

Not all of the arrests appear to trace directly or exclusively back to the DarkMarket takedown; court documents show that in many cases, suspicious packages provided an initial tipoff. And previous seizures like those of Hansa and Wall Street Market are likely still paying dividends for investigators. This also means that Operation Dark HunTor likely isn’t the final word on dark web arrests and that illicit marketplace vendors may have to proceed with a little more caution.

“Today I think some of them, maybe they are a little bit worried about who is going to be on the list, the next ones,” Europol deputy executive director Jean-Philippe Lecouffe said at Tuesday’s press conference. “Some investigations are still ongoing in some of the countries that you see here because some people have been identified, and the work will be following. Each time we arrest people, each time we search a house, we find new leads for new investigations.”

While marketplaces pop up like weeds—the notorious AlphaBay was recently resurrected by DeSnake, one of its original administrators—skittish or incarcerated vendors may be harder to come by.

“Markets are easily replaceable because all it takes is a different website to move to,” says Christin. “On the other hand, large vendors ship physical products and need to have access to supply upstream, so it will take a bit longer for them to be replaced … A vendor can’t just start selling thousands of ecstasy pills overnight but can move from one market to the other in minutes.”Most Popular

Still, it’s unclear whether even 150 arrests will be enough to slow things down. As Monaco noted Tuesday, the dark web drug racket was already a billion-dollar industry before the pandemic drove it to new heights. The demand hasn’t gone away, and suppliers will certainly try, at least, to meet it.

“If they did arrest some of the most prominent vendors, there may be a bit of impact,” says Christin. “In the long term, I am much more skeptical. Time and again, the ecosystem as a whole has shown to be resilient to police intervention.”