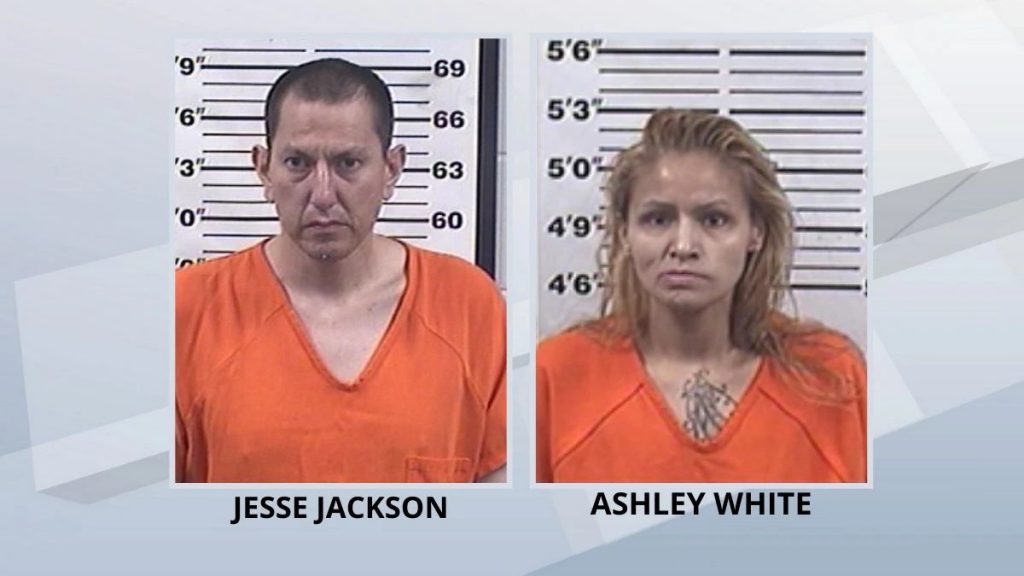 Jesse Jackson, 36, and Ashley White, 31, were taken into custody on multiple drug charges, according to the Sheriff’s Office.

On May 27, detectives in Crandon spotted a vehicle that had been stolen out of Ashland County. The suspects were believed to be armed and in possession of drugs.

A search of Jackson turned up “several bindles” of the powerful opioid fentanyl, according to investigators.

Once at jail, Ashley White became “incoherent,” police say. She was treated for a possible drug overdose. Investigators say she had “fentanyl concealed on her person.”

Jackson and White are facing multiple charges, including delivery and possession.

Jackson, a Lac du Flambeau resident, and White, a Milwaukee resident, are being held on $15,000 cash bonds.