TAZEWELL COUNTY, Va. (WJHL) – Investigators say the arrests of four individuals in Tazewell County led to the seizure of a huge amount of money and illegal substances. 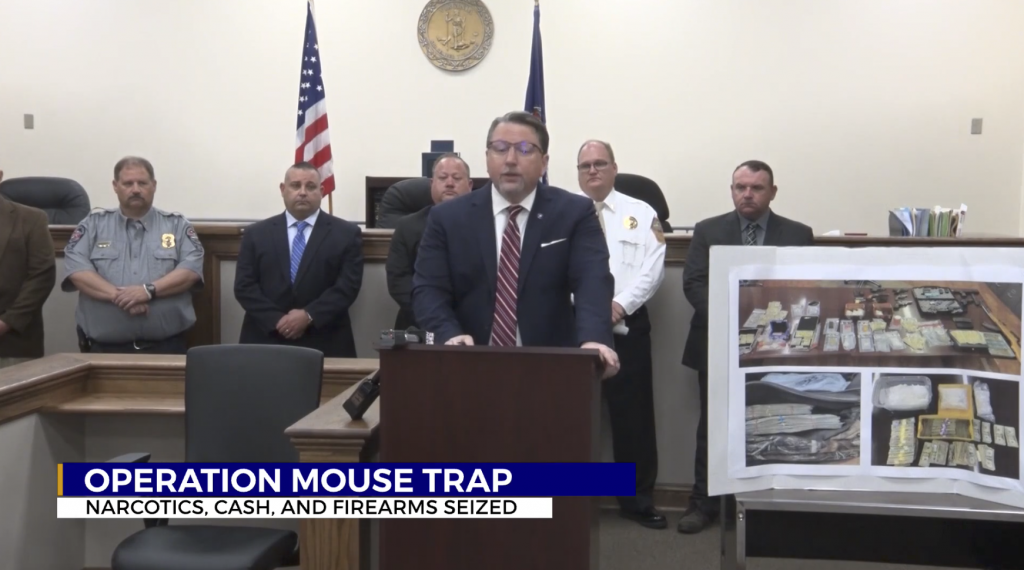 According to a statement from Chris Plaster, the Tazewell County commonwealth’s attorney, the arrests came as a result of a months-long investigation. The Tazewell County Narcotics Task Force began “Operation Mouse Trap” in January, Plaster said.

“This name was chosen because, just like the mouse observing the trap, realizing what might be at risk, these dealers have continued their reckless, illegal behavior despite the clear risks that it posed to them, and, eventually, due to their greed and the hard work of our Narcotics Task Force, they fell into our snare,” Plaster wrote.

Plaster said with the help of informants, four people were identified as suspected drug dealers.

“Through controlled buys of narcotics, the execution of search warrants and the arrests of just four individuals, these individuals being major narcotics dealers, the totals are staggering,” according to the statement.

The following items were seized from the suspects:

“Just to have this amount of dangerous narcotics off the street is an amazing blow dealt to the drug trade here in Tazewell County,” Plaster said. “One of the targets of the operation confessed that he alone purchased up to $50,000.00 per week in methamphetamine just to turn around and sell that amount for profit.”

Plaster said it was not just the amount of cash and illegal drugs seized that he found “shocking.”

“Some of the information uncovered during this operation is concerning, and, in many ways, scary,” he said. “At least one of the four individuals arrested as part of Operation Mouse Trap was taking deliveries directly from a drug cartel. In fact, some of those deliveries were brought right here to Tazewell County by members of the cartel.”

All four suspects face up to life in prison, according to the commonwealth’s attorney.