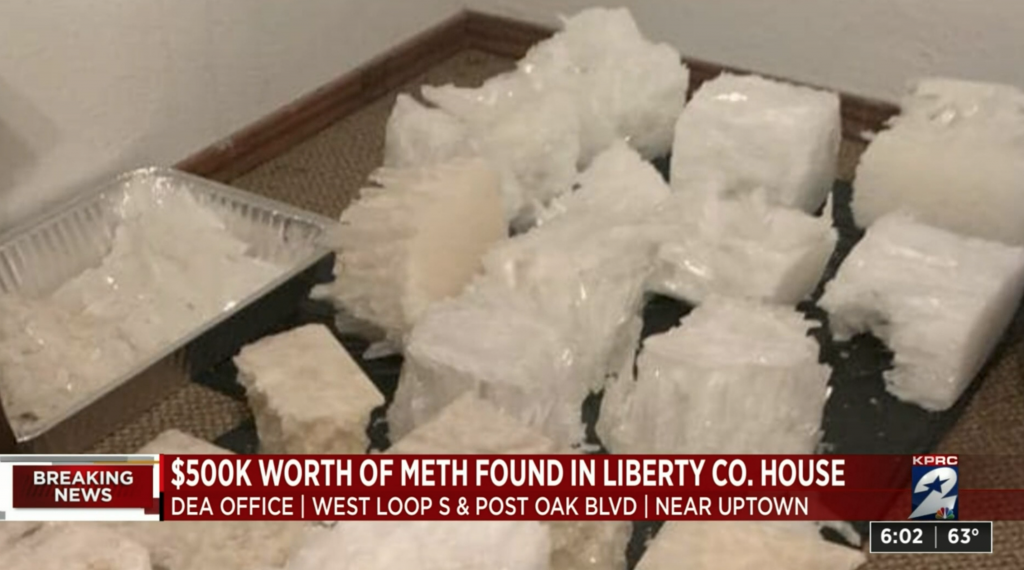 Law enforcement officials said they confiscated nearly 100 kilos of meth, which is about 220 pounds. The amount has a street value of more than $500,000.

Officials said they went to a home on County Road 2192 off FM 787 to issue a search warrant. According to investigators, they got a tip there were drugs in the home.

Deputies said massive chunks and bags full of the drug could be seen across a bedroom floor. Houston police could be seen in their white hazmat suits removing huge containers filled with the drug out of the home. Authorities said large bags were also removed.

Officials believe this home was a “conversion lab,” which is where the process of turning raw methamphetamine into refined crystal meth occurs.

“It’s a large amount of methamphetamine that was discovered and due to the nature of the type of compound that it was in the process of being made, we had to call hazmat to come,” a Liberty County deputy said. Authorities said no one was home when the warrant was issued.

So far, there is no word on any arrests at this time.