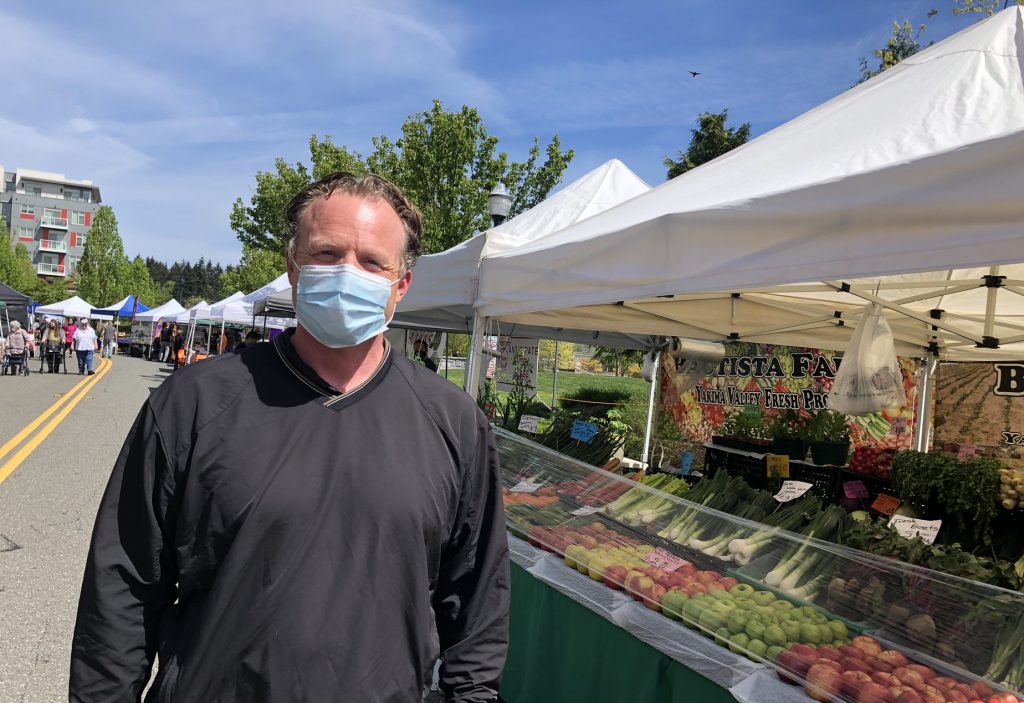 It also requires police to steer people with substance use disorders away from jail and towards those new services. Burien has already adopted that approach, but business owners are getting frustrated with the outcomes.

Possessing small amounts of drugs including heroin, methamphetamine and cocaine has effectively been decriminalized in Washington state since February, when the state supreme court threw out the existing felony drug law in its “Blake” decision.

Burien Police Chief Ted Boe said when the ruling occurred, “I was a little bit afraid of the Wild, Wild West phenomenon. I don’t think it actually happened in reality in the time since ‘Blake,’ but I will admit that was my initial reaction.”

The result of that decision is new legislation (SB 5476) that requires law enforcement agencies across the state to follow the path that Seattle, Burien and a few other jurisdictions are currently taking regarding drug possession and other low-level crimes. For the past two years, Burien has offered the Law Enforcement Assisted Diversion model, or “LEAD,” where police divert people away from jail, and refer them to services and treatment.

Boe said their efforts will make it easier to comply with the new state law.

“I think we’re on the front edge because we already have some of these alternative programs vetted,” Boe said.

Boe estimated that so far the LEAD program has helped stabilize about 40 people who were chronically involved with law enforcement, by offering case management that helps those people access treatment and housing.

Jenny Partch is pastor of the Highline United Methodist Church in Burien. She said one of the thornier situations she’s dealt with involved a disabled vehicle on church property.

“Somebody started living in it. And I was like, ‘oh boy here we go,”’ she said. “And then we had people fighting over living in it. So I called the case managers with LEAD and said, ‘I don’t know who all these folks are.’”

Partch said the case managers talked to the people involved, defused the conflict, and the owner was ultimately able to sell the car.

“All the folks at LEAD have been so great at reaching out, building relationships, and continuing to create this web in our community that we support people with,” Partch said.

Chief Boe said it was a good outcome for everyone.

“I think that’s a great example of a community-led solution that never even needed a criminal justice engagement,” he said.

But those solutions take time, and local businesses are frustrated with the pace of LEAD’s approach, which emphasizes voluntary participation in its programs. More than 80 local business owners recently signed on to a letter calling on city officials to address break-ins and rising property crimes more urgently.

Robyn Desimone owns the Iris and Peony flower shop in downtown Burien. She said her concerns have ranged from people using drugs and blocking the entrance to her store, to people sleeping in her garbage dumpster in the alley.

“And I have literally watched the people I call 911 on be offered services and offered help and they decline it,” she said.

LEAD staff members said it often takes repeated contacts for someone to accept help. Desimone said she feels like city officials are leaving local businesses without any recourse.

“Having the pandemic be our main struggle and having this be our secondary struggle. We’re just running out of patience, I think,” Desimone said.

Those tensions have surfaced in every jurisdiction trying to create alternatives to incarceration. But members of law enforcement and those working to assist people with addiction said they think the state’s stopgap measure — which expires in two years — struck the right balance.

Marco Monteblanco is president of the Washington Fraternal Order of Police. He said it was important to his members that the state preserved some kind of criminal penalty for drug possession, but they “wholeheartedly” support LEAD and “having more resources where we can shift things to is going to be important.”

“What this bill has actually done for us is that it provides time and a structure for all of our stakeholders to come together and work collaboratively on a long-term solution,” Monteblanco said.

Lisa Daugaard with the Public Defender Association said supporters of decriminalization will use the next two years to make their case. She hopes the bill’s $45 million for “recovery navigator” services will be persuasive.

“The apprehension about making that jump all at once comes from an uncertainty about what’s on the other side,” she said. “So in the meantime all the work we can do to make community-based care real and vibrant and responsive will help.”

Daugaard’s group is now scrambling to ramp up diversion programs statewide, so police have somewhere to send people as soon as the new law takes effect.

“We have to provide some plan that will be better than nothing, while everybody involved does the hard work of standing up a new approach,” Daugaard said.

The next two years will also allow give Washington more time to observe the impact of Oregon’s even more dramatic changes. Voters there approved a measure last November to make drug possession a civil infraction, with the fine forgiven if the user obtains a health screening.